The Joy of Job 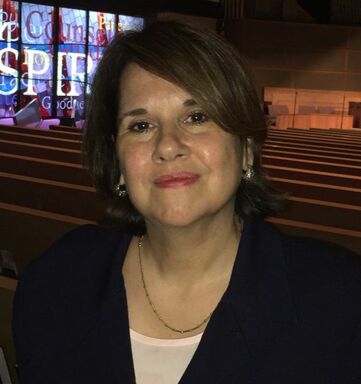 A former investigative journalist and government inspector general, Maribeth is an American author and business owner.

Her life’s work revolves around unearthing obscure but significant information to discern deception. An astute and painstaking fact-finder, she communicates complicated subjects with clarity.

A political scientist by education, Maribeth began her career as a news reporter. In 1994, she authored Reclaiming Our Schools, the Struggle for Chicago School Reform, based on her award-winning investigative reporting for the Chicago Sun-Times. The book became the roadmap for the reform of the $3.8 billion Chicago Public School system, then mired in allegations of corruption.  In 1995, Maribeth joined the turnaround team and later became Inspector General of the school system. She left the public sector in 2002, spending a year in Washington at a boutique risk management consulting firm before launching the Vander Weele Group in Chicago in 2003. A Certified Inspector General and Certified Protection Professional, Maribeth has consulted in China, Malaysia, Singapore and Mexico. Remotely, her firm has worked on matters in the Middle East, Chile, Brazil, Indonesia, and Europe. Clients range from Fortune 500 companies and hedge funds to federal agencies and educational institutions. More recently, the firm has focused on federal grants monitoring.

For her work in education, Maribeth has been profiled in the Wall Street Journal, Teacher Magazine, Education Week, Christianity Today, and in the 1998 book, Extraordinary Ordinary Women Making a Difference. Her work is cited in the book, Battling Corruption in America’s Public Schools.

Maribeth has lectured at the World Bank,  the TIAA-CREF Annual Fraud Conference, the State of Indiana's Annual Legal & Ethics Conference, Harvard University's Kennedy School of Government, the National Business Roundtable, the Association of Inspectors General, the National Association of Local Government Auditors, the Illinois CPA Society, the Chicago Chapter of the Association of Certified Fraud Examiners, the Public Broadcasting System, the National Education Writers Association, the Golden Apple Foundation, Kellogg Graduate School of Management at Northwestern University, the University of Chicago Graduate School of Business, Wheaton College, Trinity College, Regent University, Calvin College, and in many other forums nationwide and in Canada.
​
Maribeth is a graduate of Wheaton College in Wheaton, Illinois, and a member of Christ Church in Oak Brook, Illinois.

About the Cover Art

Sagerity Press, LLC., was founded in 2017 with the mission of producing books and materials that enhance discernment. The name Sagerity (Sa-jér-ity) is derived from the Latin words for wisdom and integrity.